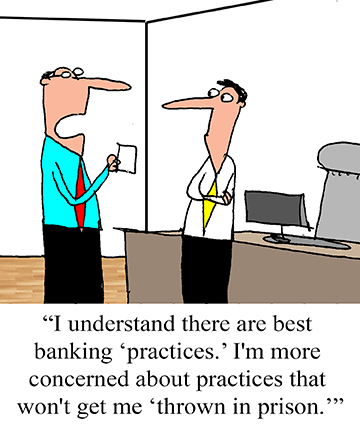 Outside the U.S. the post-financial crisis rally has been a halting affair, occurring in two major steps higher. Unlike the U.S., each step was greeted with some misgivings as Europe wrestled with its new currency and European Union financial structure while China’s economy digested a massive wave of growth in the prior decade.

This year, however, has been the unabashed breakthrough for non-U.S. stock markets. Chart 1 below shows the two circled “steps” post-financial crisis and this year’s blast higher past all previous price levels.

A synchronized global economic recovery is behind this powerful move. It had been a “lost decade” for these stocks prior to this move with some indexes still below their 2007 peaks.

These stock markets might have quite a bit of room to run. Chart 2 below shows a box with various valuation metrics. You can see that unlike U.S. markets which are trading above their longer-term average price-to-earnings (P/E) ratio, non-U.S. markets are still trading just below their average. 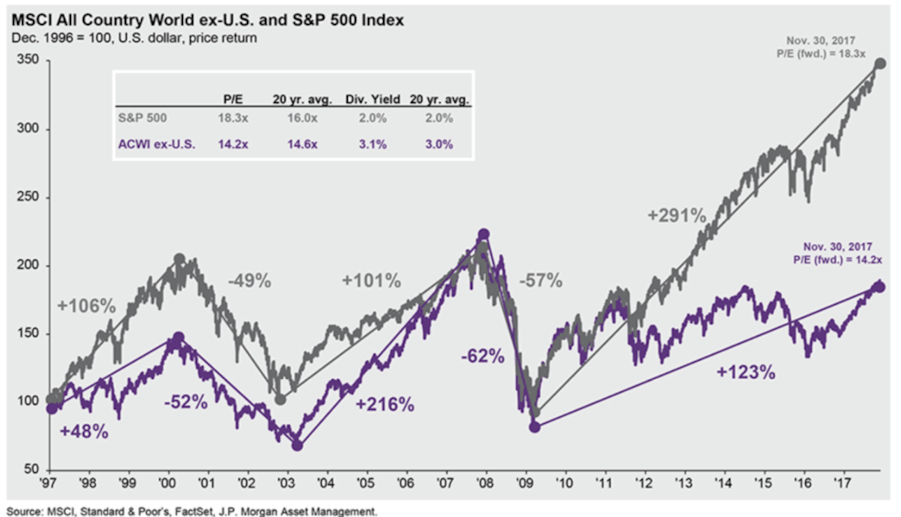 However, one could argue that the current rally bears some resemblance to the market of the late-90’s where tech and consumer stocks led a furious rally in the U.S. while non-U.S. markets rose only about half as much. We are in the same place today as the chart above displays with tech/consumer leading and non-U.S. stocks lagging by about half.

One final chart, Chart 3, brings us a view of emerging market stocks. This group only broke out of its years-long digestion phase in the past few months. The breakout is brand new. That might bode well for continued upside.

Our signals will guide us in these areas as our World Ranking shows us which areas are outperforming. Our FP Research website has a dedicated signal for emerging markets to give us further clues.

Stocks kicked off the week with a +0.3% gain as investors awaited the completion of the tax reform package as well as the midweek Federal Reserve meeting. Another +0.1% was added Tuesday with strength in Dow component Goldman Sachs (GS) highlighting the strengthening financial sector. Financial stocks are perceived to do well in a rising interest rate environment. The Fed met the market’s expectations with a 0.25% increase in the Fed Funds target rate, bringing the short-term rate to 1.25-1.50%. Stocks had no reaction to the expected change with a flat day. Stocks dipped -0.4% Thursday with final stumbling blocks on passing the tax reform. Friday saw those concerns fade and tax reform on the brink of passage. Stocks celebrated with a +1.0% surge.