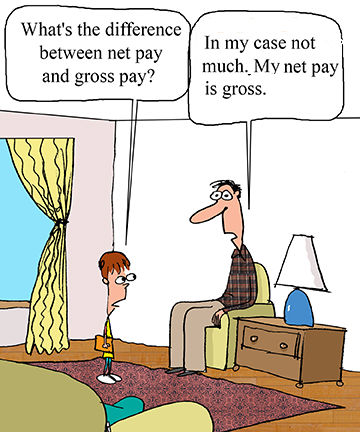 In looking through some year and decade in review posts, we found this summary by Ben Carlson to be a relatively concise and interesting one.  Mr. Carlson begins his review by noting what has perhaps been the decade’s best trend – unemployment has been on a very long and steady decline; to the point where job openings now go begging for prospective employees.

Per Mr. Carlson: “We went from a situation in which there were far more people out of work and looking for a job than there were jobs available in this country. That relationship has completely flipped in by the end of the decade. The unemployment rate peaked in the fall of 2009, just before the onset of this decade and the trend for job growth and the growth in job opportunities has been going in the right direction ever since.

Collectively, this may be the best economic news of the decade.

Following the central bank intervention during the financial crisis, many were quick to proclaim the onset of hyperinflation and the death of the U.S. dollar wouldn’t be too far behind. The tinfoil hat crowd may have to wait just a little longer for the dollar to collapse:

The dollar has strengthened against all of the major currencies, in some cases considerably. Most Americans wouldn’t be able to tell what this means for them on a day-to-day basis but the strength or weakness of the dollar does have an impact on your investments.

Typically, a strong dollar has meant strong U.S. equity markets and weak foreign stock market performance. This is especially true for U.S. investors because when you invest in a foreign company, that investment has to be converted back into USD for your account. And this is exactly what happened over the past decade. U.S. stocks have crushed foreign stocks. If you do hold international stocks, your best bet over the next decade is a weaker U.S. dollar to increase the value of your foreign holdings.

Surprisingly, even during a bull market and economic expansion that has now become the longest in history, debt growth for consumers has slowed from the previous decade:

Which companies have been the market superstars over the decade?  Many that you might find surprising, or have never even heard of:

Consumer discretionary is the best-performing sector of the S&P 500 over the past decade, beating out technology stocks. It should be noted that Amazon is now considered a consumer discretionary company because it’s becoming harder and harder to label many of these stocks but the point remains. The massive returns in these top-performing companies are one of the reasons stock-picking will never go away for good. It’s far too tempting to pick these types of home runs stocks.

I’m sure there are plenty of caveats required when looking at the increase in rent over the entire nation but the fact that rents have been rising are more than twice the level of inflation made this a pretty great decade to own housing, especially when you consider how low interest rates on mortgages are.

Here’s one for cocktail party conversation starters – oil and gas prices have been relatively low and remarkably steady. 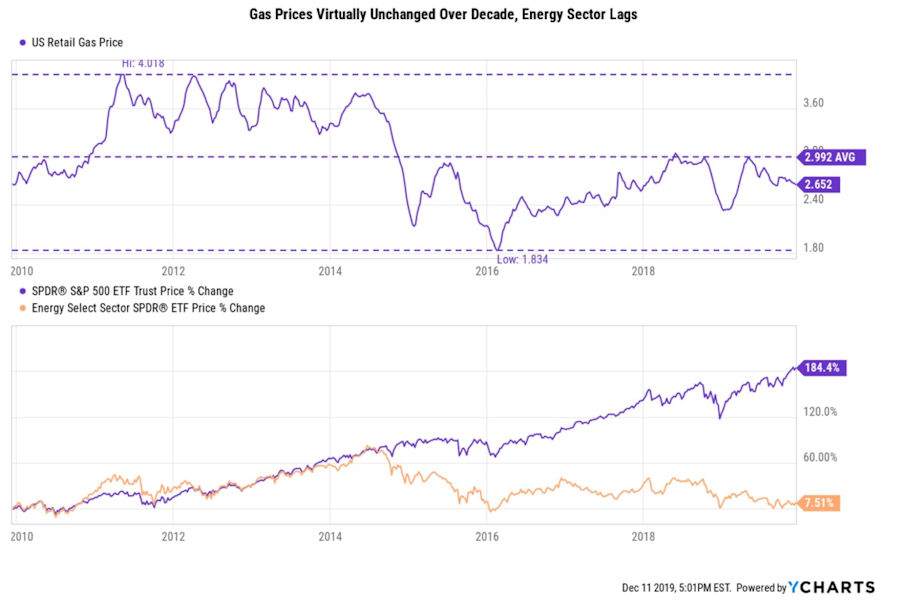 This makes sense considering the price of oil hasn’t done much this decade but many people would be surprised to know gas prices are effectively exactly where they were at the start of this decade. It was a lost decade for gas prices which is a win for the consumer’s pocketbook.”

For more decade-in-review market comments, take a look at this article from Fortune:
For Investors, the Past Decade Was a Marvelous Run. But That Tells Only Half the Story

The conclusion is a dose of age-old wisdom:
No one knows what the next decade has in store for investors but one thing’s for sure: the next 10 years will look nothing like the last 10 years.

A quiet holiday week on Wall Street did not diminish the upward momentum of the bulls. The trade-related cheer continued in Monday’s market session with China’s cabinet approving a reduction in trade tariffs on almost 1000 different products. Stocks closed up +0.1%. A half-day session Tuesday saw stocks post a flat finish. Signs of a strong holiday buying season fueled a +4% rise in Amazon (AMZN) to help push indexes higher by +0.5% Thursday. Friday closed a quiet week for markets with little change.