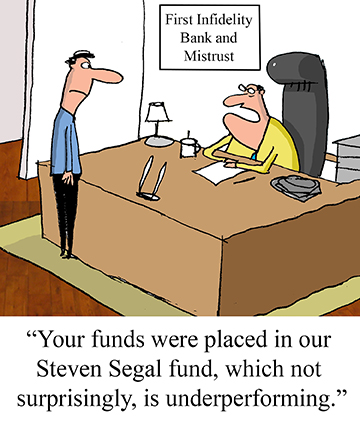 Given that our investment focus is on market indexes and sectors, we don’t talk much about individual companies in our weekly blog. However, this opinion piece from noted investment industry figure Barry Ritholtz published on Bloomberg’s website, showcases two of tech’s (and the Nasdaq’s) largest and most influential companies. We thought you might find it interesting as the market grinds ever-higher.

“I try not to give billionaires or corporate managers unsolicited advice on what they should do with their money. Warren Buffett and Apple Inc. both have done rather well for themselves and their investors without my help. Today, I violate my own rule: Apple should buy Netflix Inc. in an all-stock deal for about $100 billion.

Let’s unpack this flight of fancy. In this scenario, Apple would be wildly overpaying for Netflix. However, the world’s most valuable company has a not-so-secret weapon: its own wildly expensive currency. Apple, whose stock price has surged 50 percent this year, is worth almost $900 billion. It is on its way to becoming the first trillion-dollar company.
A merger — technically a takeover — provides each company with a solution to challenges both face. Apple has learned that film and television are very different industries than music. Its video content offerings have not caught up to those offered by competitors Netflix and Amazon.com Inc. Netflix is spending billions per year to acquire or create new content, money that it may not have in the future. A deep-pocketed partner would ensure the lead it has built does not disappear.

And both companies are well aware that the mightiest competitor they face these days is Amazon. A tie-up creates a competitor that would equal the Jeff Bezos juggernaut.
Given the fierce competition in the space — Prime now has 90 million members, reaching 63 percent of all Amazon shoppers in the U.S. — I would not expect much in the way of anti-trust concerns.

Apple has already bought back shares of stock in excess of $200 billion. A purchase of Netflix would require swapping about 1 1/3 shares of Apple stock for each share of Netflix (which closed Monday at $174.25 and $200.13 respectively). Google’s purchase of YouTube Inc. and Amazon’s purchase of Whole Foods Market Inc. led both companies’ stocks to surge in excess of the purchase price, making the buys practically free. I doubt we will see that here, as Netflix is a much larger and more expensive buy. Wall Street also historically misunderstands what Apple does and won’t see how valuable the content deal is to Apple; recall the pushback on the original iMac, iPhone and iPad rollouts.

Outside of phones and tablets, Apple has not been competing well, especially in content. Its software is starting to become sloppy; it has ceded a giant lead in voice to Amazon; Apple TV has fallen behind video-streaming services Google Chromecast and Amazon Fire Stick (not to mention Amazon Prime video as well). Apple TV has fallen well behind Roku and Fire Stick for innovation. Apple TV charges a premium over its competitors, but the sales numbers have made clear that Apple TV is no iPhone. (I have both the Fire Stick and Apple TV and almost exclusively use the Fire Stick.)

Oh, and one other thing: The latest smart TVs have web services such as Amazon Prime and Netflix and HBO Go built right into them, so you no longer need the separate hardware to cut the cord and stream video. Take these new TVs out of the box, sign in with your user name and password, and voila! You’re watching your favorite shows. These streaming TV dongles will eventually go away, leaving the big dogs to compete on content.

The advantages are many:
• Apple acquires a library of content that would instantly make it competitive with Amazon.
• Netflix adds $10 billion in annual revenue; Apple should be able to scale that fairly quickly, doubling or even tripling it over the next five years.
• The acquisition would immediately make Apple the world’s leading internet television network with over 90 million members in 190 countries.
• Tim Cook has a fairly deep bench, but some fresh management ideas in the form of Reed Hastings could help keep Apple from becoming too stodgy.
• Netflix can stop worrying about how it is going to access capital to pay for its original content.
• Spending $10 billion or even $20 billion a year on content acquisition would hardly dent the $300 billion stockpile of cash Apple has accumulated.
• The team at Netflix can help Apple revamp its streaming video product.
• Apple TV sales could be juiced by including free Netflix memberships for six to 12 months with each new purchase.
• Netflix has broad expertise in native internet infrastructure.
There are some obvious arguments against:
• At $100 billion, Netflix would not be a small or inexpensive purchase.
• Apple has purchased lots of small firms for their expertise and engineers, but it has no experience making big purchases. Beats Music LLC was its largest acquisition at $3 billion.
• Netflix’s annual $10 billion revenue won’t move the needle much for Apple, which does that much in sales about every two weeks.
• Netflix has not been especially profitable, earning $1.26 per share, trading at over 200 times earnings.
• Any change to culture at either successful company will always be a risk.
• Making a large acquisition like Netflix is potentially a huge distraction to Apple’s core business — namely, making insanely great hardware and software.

The upsides for Apple are fairly obvious; the biggest downside is the cost. If anything, it might spare us the boring quarterly routine of analysts expecting soft iPhone sales and then being shocked when the company beats to the upside.

If Apple passes on Netflix, don’t be surprised if Amazon does not. That alone is reason to make the purchase.

Investors focused on Congress and the impending tax reform legislation this week. Fears that a deal might take longer than expected weighed on the market, especially in the small-cap area. However, Monday did not exhibit those concerns with strength in energy shares combining with a big semiconductor takeover offer to keep stocks up a slight +0.1%. A selloff in bank and small-cap stocks Tuesday did not affect the broad market, which ended flat Tuesday with Wednesday only delivering a +0.1% move. The Nasdaq outperformed both days with tech and consumer stocks continuing their leadership run. Concerns were felt in the high-yield bond arena with prices of bonds dropping sharply. The spread in yield between low-quality, high-yield bonds and higher quality bonds has reached very low levels meaning that investors are discounting the risk of the lower quality bonds, a further sign of complacency among market participants. Selling in higher risk bonds often presages selling in stocks as investors pull back on risk assets generally. The Senate’s version of the tax bill came out Thursday. A delay in implementation of the corporate tax rate cut gave investors an excuse to take some profits with stocks falling -0.4%. The selling continued early Friday before buyers stepped in to bring markets back to flat.