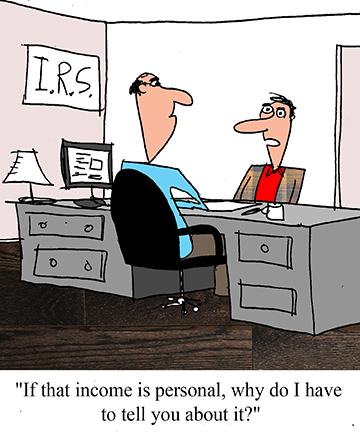 After a Fall 2018 stock market slide and early 2019 rebound, investors are trying to determine what happens next. Weakening global growth along with the uncertainty around Brexit and trade tariffs have been sources of market concern. In the midst of those uncertainties, the money policy of the Federal Reserve has done a complete about-face in a handful of months, shifting from raising rates to potentially reducing them. While markets generally always cheer stable and/or declining interest rates, the back-and-forth in recent months has created an inverted yield curve – e.g. a situation whereby short-term interest rates are higher than longer-term rates. Investors typically have a negative knee-jerk reaction to an inverted yield curve, as such a curve often portends a looming recession. Nevertheless, the lead time between the inverted curve and the actual recession averages over a year, with stocks occasionally delivering heady gains in the interim.

The current state of things is a yield curve inversion, but only at the very short-term part of the yield curve. See our chart below showing that one-year yields are now above 2-year yields (the red line with inversion instances circled). The last time this happened was mid-2006, a year+ before stock markets peaked ahead of the financial crisis.

But it’s not obvious because we see below that longer-term interest rates have been falling since November and now portray a very different situation than a few months ago when the yield curve was “normal” with long-term rates well above short-term. This is a situation that causes trouble for financial institutions who pay depositors the very short-term rates while lending money at the longer-term rates. Paying depositors more than they get in loan interest is obviously not appealing to a bank, for example.

The rapid drop in rates this month has caused some pause in stocks as investors try to ferret out what’s going on. Is this just a short-term push of money from an uncertain and zero-yielding Europe? Is it a reflection of declining expectations for the U.S. economy? Some of both? Will this ramping uncertainty bleed over more heavily into stocks? It will be an interesting few months as investors navigate a lack of clarity in the outlook.

The stock market closed a strong first quarter of 2019 this week with the market indexes holding firm after some modest tests. Monday brought a quiet session with stocks little changed. Tuesday saw investors embrace stocks as the recent slide in U.S. Treasury yields halted. The +0.7% gain found the S&P 500 with support at the 2800 level. But the good cheer was somewhat reversed Wednesday as fears of slowing global economies sapped the bull’s energy. Stocks closed lower by -0.5% with housing stocks a surprising source of market strength on a couple of positive outlooks from homebuilders and a lift in mortgage applications. Thursday’s +0.4% rise came on new positive comments regarding the ongoing trade talks with China. Good reports from two retailers also supported the bullish case. Further positives on China trade along with stable yields and a big merger in the healthcare space provided support for stocks Friday. Market indexes rose +0.7% on word Celgene (CELG) would unite with Bristol-Myers (BMY). An inflation report showing little upward thrust in prices further helped markets.

Stocks closed their best quarter in almost 10 years this week, recovering from a brutal decline in the prior quarter. For the week, the S&P 500 (SPY) added +1.16% after staving off a few attempts to push the index below 2800. The Nasdaq 100 (QQQ) rose +0.62%. Small-caps (IWM) recovered from the prior week’s swoon to post a +2.32% gain. However, we should note that small-cap stocks have been trending downward for the past month in marked contrast to their large-cap brethren.