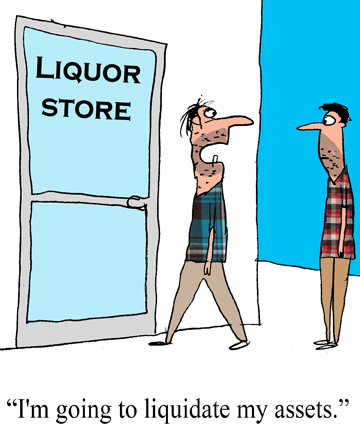 Bond rates get an adjustment

One of the major themes of investing in 2016 has been the persistence of ultra-low interest rates. Much has been made of the fact that fully 1/3 of the sovereign (government) bond yields are now below zero. In an era where central banks buy bonds hand over fist insuring an almost unlimited demand, market participants have become complacent and expecting of rates to remain low and going lower. Thursday and Friday, central banks started to perhaps begin taking baby steps in the other direction.

Thursday, the European Central Bank, which has been very aggressive in pushing rates lower announced coming out of their most recent meeting that they would take no further action at this time. Then Friday, members of the U.S. Federal Reserve continued their recent talk that interest rate hikes were likely this year. That rates in the U.S. would rise this year is nothing new. The debate has been whether the increase would occur in September or wait until December. Markets have recently determined that December was the likely timing. Nothing really changed on that this week. What changed perhaps was the consistency of the messages, and coming after a summer in which markets generally were unwilling to accept that higher rates were indeed coming. Markets over and over again bid up the prices of bonds and bond “proxies” like REITs, dividend stocks, utilities, and the like, ignoring that higher rates had to be just around the corner.

Friday’s market action showed an abrupt change in that behavior.

The breakdown in bonds bled over into stocks.

We note that this negative behavior from riskier assets occurs despite a very modest move in rates. Note that the 10-year U.S. Treasury yield is merely ticking a touch higher from their “floor” of 1.50%.

This kickstarted volatility out of its summer slumber.

We noted recently the marked change in tone among stocks with the financial sector showing signs of life and more defensive sectors finally relinquishing leadership after a prolonged period. The embrace of a higher interest rate future should only add further fuel to this shift. Indeed, financials were the best performing group in an otherwise ugly day for stocks Friday.

Money flowing out of stocks and into bonds despite ultra-low rates.

The belief of investors that ultra-low rates would never change was perhaps a factor behind the non-stop flow of money out of stocks and into bonds. Money has flowed OUT of stocks 30 of the past 36 weeks despite stocks being at or near all-time highs. Bonds have received money 27 of those weeks despite yields at ultra-low levels. Some of this is likely just the demographics of the investing public, with a substantial number of people retiring and focused on income. Still, this is hardly a roaring bull market in stocks even though the new highs are near. There is plenty of room for investors to become way more bullish. Friday’s negative day in stocks won’t likely kickoff that increased bullishness!

The ISM Services index kicked off a holiday-shortened week with a poor reading which reduced investor concerns about a near-term interest rate hike. Stocks indexes added +0.3% on the news. A quiet and flat Wednesday session with Apple’s new phone doing little to change the value of those shares. Investors got more to chew on Thursday with the European Central Bank’s announcement that it would add nothing new to its current menu of easing measures. Investors took this as a disappointment, but that did little to move shares as investors focused on stronger oil prices to keep the broad market at a slight -0.2% move.

Bearish comments from a noted bond investor and a Fed Governor sent bond yields popping higher in Friday’s trade. The rather modest move in rates led to a resumption of volatility in the stock market after a historically benign period of flat trading for the S&P 500  – two months without a single day of +/- 1% move. Stock investors drilled the indexes pushing them down almost -2.0% as oil prices gave back the entirety of their prior day move to exacerbate the change in investor outlook toward bonds and interest rate sensitive stocks.