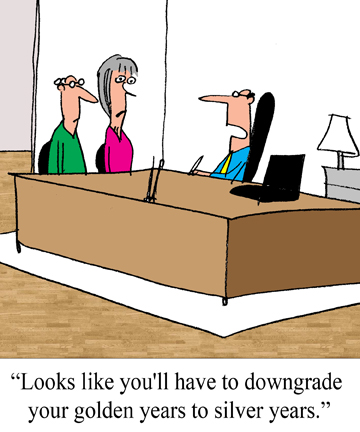 This week?s Federal Reserve meeting minutes pushed investors toward thinking once again that interest rate hikes are coming sooner rather than later. The Fed minutes showed a group almost itching to push rates higher as long as economic data holds up. That shift in tone sent market interest rates upward somewhat and brought out all kinds of analysis of what might be coming in terms of yields/rates. The real fear of investors is that the yield curve will “invert” with short-term rates moving higher than longer-term rates. This inversion in rates has portended a recession with good accuracy over recent decades as shown in the chart below from LPL Financial.

Chart 1: When short-term rates are higher than long-term rates recession is imminent

If you step back further, the data is not so overwhelmingly consistent however. Nor does an inverted yield curve mean that stocks will fall. For a more detailed analysis, we offer this link to a very good summary of the data with further links should you wish to take an even deeper dive: Is The U.S. Yield Curve Flashing A Sell Signal For Stocks?

What does it mean “helicopter money”?

While speaking of the Fed and their policies, there have been increasing calls among some high-profile money managers that the Fed should engage in “helicopter drops” of money. This approach to monetary policy would put money more directly into consumer pockets in an effort to drive spending and economic activity. This could be accomplished through tax cuts which the Fed subsidizes in some form as they have been, in effect, subsidizing the government through buying of U.S. Treasury bonds (which they stopped doing around the turn of this year when they ceased their “Quantitative Easing” program).Here is one source of information about the helicopter-involved approach to monetary policy: What’s top of mind? ‘Helicopter money’

Stocks began the week with a solid rally of +1.0% as oil prices continued their recent strength and Warren Buffett’s company disclosed a substantial new investment in Apple. That gain was immediately reversed in Tuesday trade when three Fed committee members spoke of higher interest rates in the near-term. The usually defensive consumer staples sector took a -1.9% hit with food stocks encountering weakness. Retailers extended their struggles with Target falling almost -10% after disappointing earnings Wednesday. Minutes from the most recent Fed meeting fanned the flames of near-term interest rate hike concerns which generated strength in bank stocks.
That strength offset weakness in interest rate sensitive sectors like utilities and real estate to leave the market unchanged on the day. Financials gave back some of those gains Thursday while a couple of closely-watched tech companies – Cisco Systems and Salesforce.com – delivered strong earnings. The net effect was a slightly lower -0.4% result on the day for the broad market. Better than expected earnings from semiconductor equipment maker Applied Materials and a general oversold bounce helped stocks start well and build to a solid +0.6 gain on the day with the Nasdaq doubling that return.